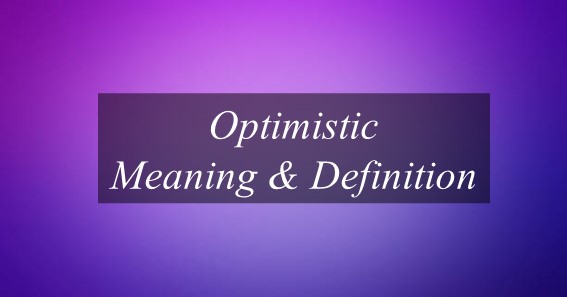 Contents
1 What Is Meaning Of Optimistic?
2 FAQ
2.1 Is Optimistic A Positive Word?

What Is Meaning Of Optimistic?

What Is Meaning Of Optimistic?

The other words which can be synonymous with the term optimistic are cheerful, cheery, positive, bullish, confident, hopeful, bright, etc. The term optimistic is derived from the Latin word “Optimus”, which means best. And, being optimistic, in the typical sense of the world, ultimately means one expects the best possible outcome from any given situation.

You can also understand the term optimistic more clearly by using the term in the sentence. For example, I think that’s an optimistic count of the number of participants or Jorge was optimistic and always saw the best in every situation, etc.

Examples Of Using The Word Optimistic Are:

Is Optimistic A Positive Word?

Someone who is optimistic is hopeful about the future or the success of something in particular.