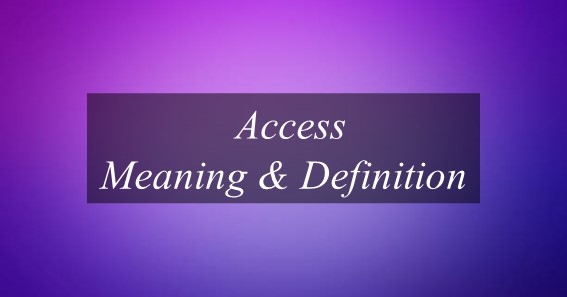 The meaning of the term access is to get the opportunity to approach or to enter a place. The term access also has its meaning in terms of computer which means to get connected with something. For example, any user can access files, dictionaries, computers or peripheral devices. Sometimes, access also means to read data from or write data to a mass storage device. Most probably, access can also be defined as an attack or outburst of emotion. In simpler words access can also be defined as the method or possibility of getting near to a place or a person.