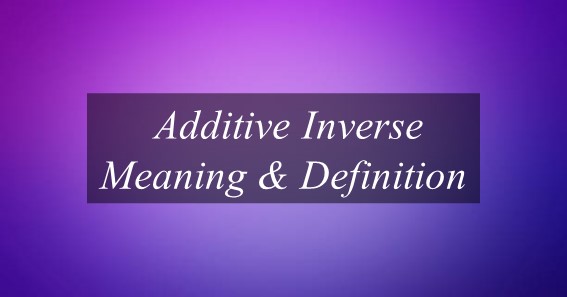 What Is The Meaning Of Additive Inverse?

The meaning of the term additive inverse is, a number that when added to a given number gives zero. This number is also called as the opposite number, sign change, and negation.

In other words, you can also define additive inverse as its inverse element under the binary operation of addition, which allows a broad generalization to mathematical objects other than numbers.

Most of the people often question that, why is additive inverse important? So, the inverses such as additive inverse or multiplicative inverses, are essential for understanding how to neutralize expressions when solving for variables in equations and formulas. This is also useful for getting rid of terms.

Whenever a number is added to its additive inverse, the result is always zero.