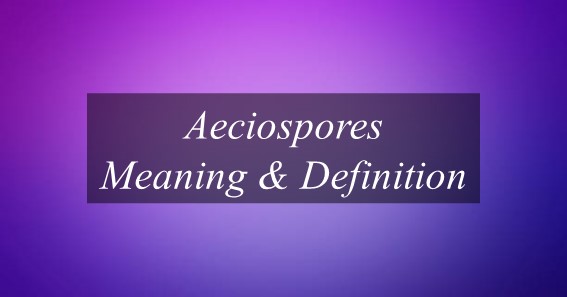 What Is The Meaning Of Aeciospores?

What Is The Meaning Of Aeciospores?

The meaning of the term aeciospores is that it is one of the spores arranged within an aecium in a series like a chain. Generally, aeciospores are one of several different types of spores formed by Rusts. Each spore consists of two nuclei and is typically appeared in chain-like formations in the aecium.

In simpler and short words, you can also explain the meaning of the word aeciospores as, a spore of a rust fungus formed in an aecium. The term aeciospores are also sometimes spelled as aecidiospores.

What Is The Function Of Aeciospores?

Mycelium traverses the leaf and often forms aecia on the underside (Harder 1984). Aeciospores are dispersal structures and for heteroecious rusts need to land on the primary host.