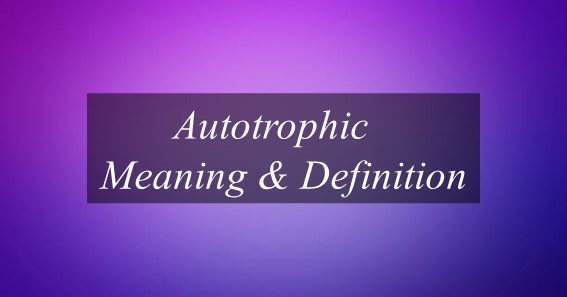 What Is Meaning Of Autotrophic?

What Is Meaning Of Autotrophic?

Autotrophs are also called primary producers as they make their own food and include green plants and algae, which are phototrophs.

The meaning of Autotrophic can also be understood as Autotroph which is a biological term that splits down to mean (auto-) meaning self and (trophy) meaning “nourishing”.

They can reduce carbon dioxide in the atmosphere and create a store of chemical energy. So, autotrophic means plants or organisms capable of producing their own food with the help of inorganic substances present in the atmosphere.

Examples Of Using The Word Autotrophic Are: