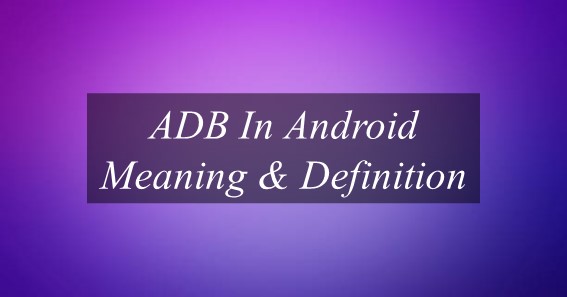 What Is The Meaning Of ADB In Android?

The term ADB In terms of Android is an acronym that stands for “Android Debug Bridge”. The ADB In Android is generally a client-side program used in android application development. It is usually a part of SDK and is made up of three components namely, a client, a daemon, and a server.

Whereas, on the other hand, the ADB daemon runs as a background process in either an emulator instance or in the device itself. Whenever the ADB is active, the user can issue ADB commands to interact with one or more emulator instances.

The ADB can even also run numerous instances of the ADB client, which can all be handed down to control all existing emulator instances. The easiest way to use ADB is by installing the ADT plugin into the Eclipse IDE (Integrated Development Environment).