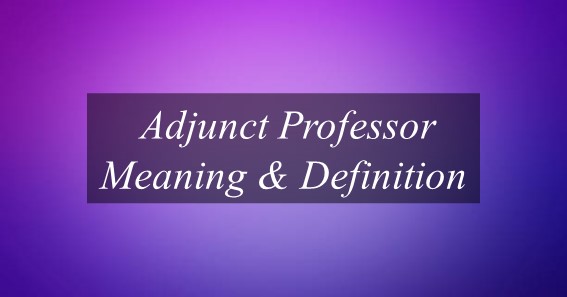 What Is The Meaning Of Adjunct Professor?

The meaning of the term adjunct professor is that it is a type of academic appointment in higher education. The other words which can be synonymous with an adjunct professor are adjunct lecturer, adjunct instructor, contingent academic labor, or adjunct faculty, etc.

The term adjunct professor has a different meaning in different countries. You can also state the example as, in Canada, adjunct professors are nominated in recognition of active involvement with the appointing institution, while they are employed by government, industry, a profession or another institution.

In simpler words, you can also define the meaning of adjunct professor as, someone who is hired by a college to teach but isn’t a full member of the faculty.