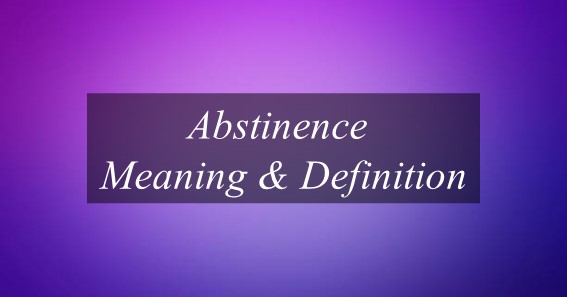 What Is Meaning Of Abstinence?

What Is Meaning Of Abstinence?

The meaning of abstinence refers to the act or practice of not doing something typically alcohol or sex, often for health or religious reasons. The word abstinence is derived from the Latin term for “to hold back.”

Examples Of Using The Word Abstinence Are: