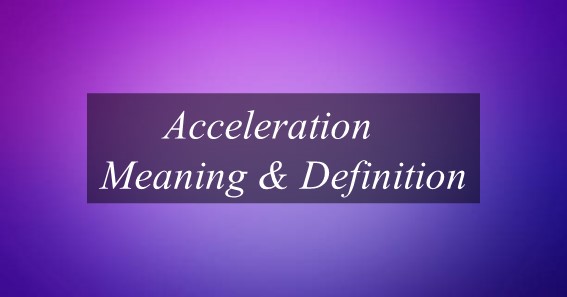 What Is Meaning Of Acceleration?

What Is Meaning Of Acceleration?

The meaning of Acceleration refers to a vehicle’s capacity to put on speed within a short time or the rate of change of velocity of an object with respect to time. It is an act or a process or a vector quantity resulting in an increase of speed or velocity.

How to calculate acceleration?

To get the acceleration, basically, divide the force by the mass of the object being accelerated.

The formula for calculating acceleration is:

Another formula for calculating acceleration is: F = ma, which is derived from Newton’s second law, relates force, mass, and acceleration in the equation, where the force (F) equals mass (m) times acceleration (a).

Examples Of Using The Word Acceleration Are: