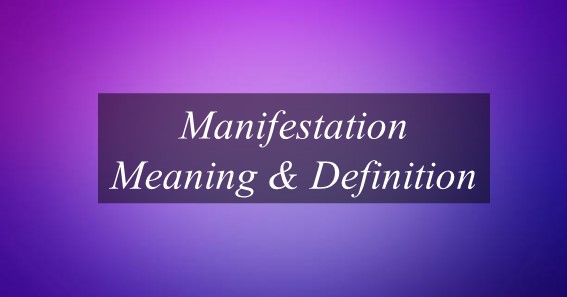 What Is The Meaning Of Manifestation?

What Is The Meaning Of Manifestation?

The meaning of the term manifestation is that it is an event, action, or object that clearly shows or embodies something abstract or theoretical. The action or fact of showing something can also be defined as manifestation.

For example, a manifestation of something is one of the different ways in which it can appear. The term manifestation is derived from the Late Latin “manifestatio”.

Examples Of Using The Word Manifestation Are:

What Is Manifestation In Your Life?

Manifesting is based on the idea that you can think your dreams into reality. By having a clear vision and focusing on it through a variety of manifestation methods, you can attract your dream into your life. That’s the idea.