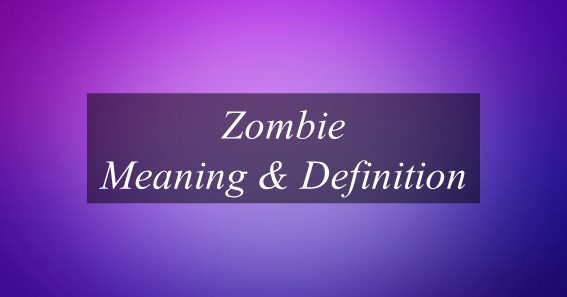 What Is Meaning Of Zombie?

What Is Meaning Of Zombie?

The word zombie as a noun refers to a corpse said to be revived by witchcraft, mostly in certain African and Caribbean religions or a cocktail consisting of several kinds of rum, liqueur, and fruit juice. In simple terms, it refers to a frightening creature which is a dead person who has been brought back to life but does not possess human qualities. They are usually attacking creatures often seen as eating human beings. They are terrifying and slow-moving monsters, they even respond in a mechanical or apathetic way.

Zombies originated in the 17th century when West African slaves were brought in to work on Haiti’s sugar cane plantations, where the conditions were quite brutal that led to the horrific plight of slavery, which later created into a zombie.

Synonyms of the word Zombie:

Antonyms of the word Zombie:

So, zombies meaning could be termed as living dead who feeds on human flesh who are not able to think properly and rationally.

Examples Of Using The Word Zombie Are: