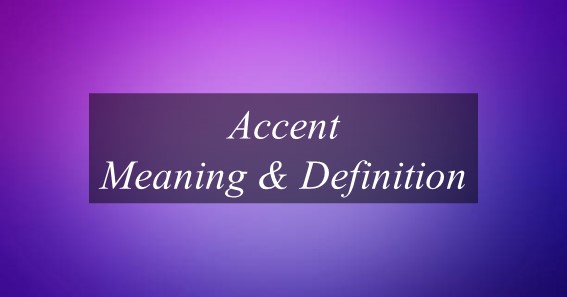 What Is The Meaning Of Accent?

An accent can be recognized with the location in which its speakers reside, the socioeconomic rank of its speakers, their background, their caste or social class, or impact from their first language. Accents differ in various ways such as in the quality of voice, pronunciation, and distinction of vowels and consonants, stress, and prosody. The word “accent” specifically refers to the differences in pronunciation of a particular word or sentence. Whenever a group defines a standard pronunciation, speakers who deviate from it are often said to “speak with an accent”. For example, people from the United States would “speak with an accent” from the point of view of an Australian, and vice versa.

Examples Of Using The Word Accent Are: