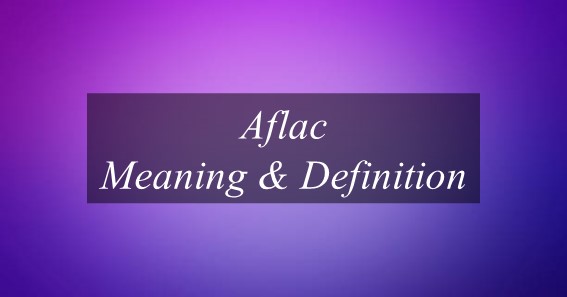 What Is The Meaning Of Aflac?

The meaning of the term Aflac is that it provides supplemental insurance to help pay out-of-pocket expenses your major medical insurance doesn’t cover. Basically, you can say that Aflac is an American insurance company. Aflac is an acronym which generally stands for “American Family Life Assurance Company”.

It would be more amazing for you all to know that Aflac is the largest provider of supplemental insurance in the United States. The company was firstly established in 1955 and is based in Columbus, Georgia. The company even also states that it provides financial protection to more than 50 million people worldwide.

The main founders of the company are John Amos, Paul Amos, and Bill Amos. According to a survey of 2016, it has been concluded that there are in total 10,212 employees working with Aflac. The Aflac tower is the tallest building in Columbus, Georgia, U.S.

The company now has many different types of insurance policies in the United States. Some of the insurance policies can be stated such as accident, dental, life, lump-sum cancer, short term disability, vision, hospital Intensive care, cancer/specified disease, etc.

Examples Of Using The Word Aflac Are: