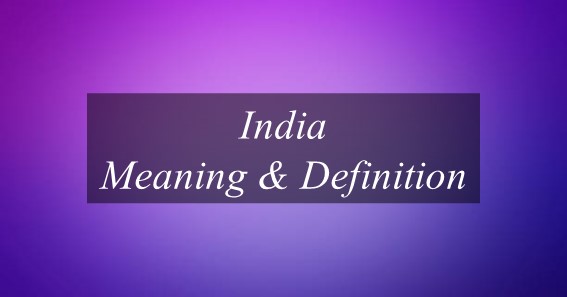 What Is The Meaning Of India?

What Is The Meaning Of India?

The word India is a noun which is a Western transliteration of the Sanskrit word “Sindhu, which means “body of water.” Technically, the meaning of India includes that it is a republic in the Asian subcontinent in southern Asia, which is the second-most populous country in the world.

Geographical meaning of the word India

The word India is derived from the word Indus, which is called as Sindhu in Sanskrit. The river Sindhu was originally part of Akhand Bharatvarsha, which was called ‘Hindu’ and the Sindh region was called ‘Hind’ by the Persians. The word Sindhu is also the Sanskrit term for Ocean that means any large water body. India is also called as Bharat.

5 Other names of India:

India as a Third World country

Examples Of Using The Word India Are: