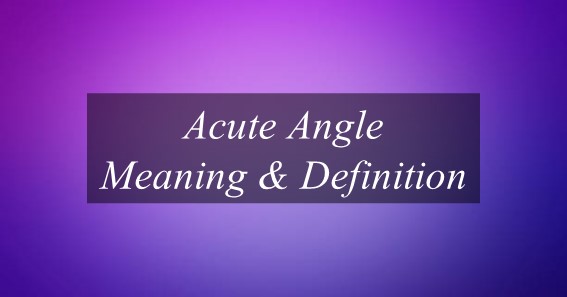 What Is Meaning Of Acute Angle?

What Is Meaning Of Acute Angle?

Examples Of Using The Word Acute Angle Are:

Why Is It Called An Acute Angle?

In geometry and mathematics, acute angles are angles whose measurements fall between 0 and 90 degrees or has a radian of fewer than 90 degrees. When the term is given to a triangle as in an acute triangle, it means that all angles in the triangle are less than 90 degrees.